* In case of any delay in receiving the OTP, you may verify it later. Please proceed without verification.

Enter your City name or Pincode

The municipal city of Banga is part of Shahid Bhagat Singh Nagar district in Punjab. The city is also the headquarters of the district. Geographically much of Banga is part of Punjab Plain. This city of Punjab is home to many NRI families who often visit their homeland to partake in any special celebration. They are seen to visit the city and stay there for couple of days. There are many villages surrounding the city Banga. Many people from nearby areas come to the city for various purposes such as shopping, medical aid, visiting various sightseeing options and also because it is the place from where good connectivity is available to different parts of Punjab as well as the rest of India. 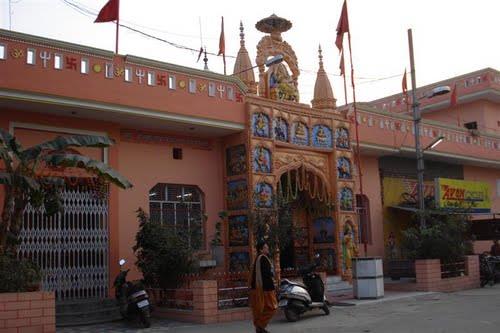 The city of Banga is situated at an elevation of 237 m (778 ft). It experiences extreme climate. Summer months are very hot and dry with temperature as high as 43°C. Winter months are however comfortable and temperature dips down to 12°C. Winter starts from November and continue till February. The city also receives occasion rainfall in the month of July and August. Banga is located at a distance of 325 Km from the capital city of New Delhi. It is 104 Km from Amritsar, 100 Km from Chandigarh which is the state's capital and 1400 Km approximately from Mumbai. Situated in the north western part of the country one can get a view of snow clad Dhauladhar range from here. Banga is surrounded by Aur Thesil in South, Garhshankar Thesil in East and Mahilpur Thesil in North

The city of Banga was founded by Baba Gola Ji who was friend of Guru Gobind Singh . He was involved in cultivating the lands of Banga and was assured of any protection from invading force should the need arise by Guru Gobind Singh. He had one daughter and 3 sons. The decedents can still be found in the city. They own land in Banga and lived there for many years. The city is divided in three quadrants and named after the sons of Baba Gola ji. They are Patti Sagar gate, Patti Dall Singh Tungal gate and Patti Begh Singh Masanda gate.

The Banga railway station belongs to Northern Railway and there are number of trains which halts here. Ludhiana is another major railway station near Banga. Jalandhar railway station is also located close by. This city is also connected via road to distant towns of Punjab. Several luxury buses are available for long as well as short distance travel that runs regularly between various places. Tickets can be booked in advance to get the seat that you desire. Banga does not have an airport of its own. The nearest airport is in Ludhiana which is located at a distance of 38 Km from the city of Banga. Private taxis and buses are available to reach Banga from the airport.

Police in Banga owes the responsibility of protecting law and order in the city. They play a very important role in ensure safety to the residents and those who are on a visit to this city. Banga which is a Thesil has a sub divisional magistrate and superintendent of police who device plans and polices for maintaining law and order of the city.

You can even visit the cinema hall to catch on the latest Bollywood and Hollywood movies. Surya Cinema in Banga shows the latest movies that are released every Friday.

There is no dearth of options when it comes to entertainment in Banga. You just need to explore the various options available.

Comments / Discussion Board - About Banga